Being the new people in a regional town in Australia can be a daunting task and is one that LiveLife Pharmacy in Bowen Plaza, Queensland, is all too familiar with.

After taking over the exiting pharmacy in 2016 the new operators of the pharmacy found some local resistance to the changes.

But that all changed when Cyclone Debbie hit in 2017.

Pharmacist Wally Maguire says it’s not often that a pharmacy’s reaction to a natural disaster helps to cement relationships in the community.

“When the existing pharmacy became part of the LiveLife group in 2016 there was some hesitancy among the Bowen population to accept the new branding and look,” he said.

“Bowen has a very strong and proud local community of about 10,500 residents and when LiveLife took over the pharmacy in 2016, locals were cautious of the business changes,” he said.

“They were used to the old pharmacy which had been here for 30 or so years and quite understandably were a bit suspicious of the changes we made.

“It was quite difficult for us at first.”

Mr Maguire said that all changed after Cyclone Debbie hit and devastated the region in 2017. 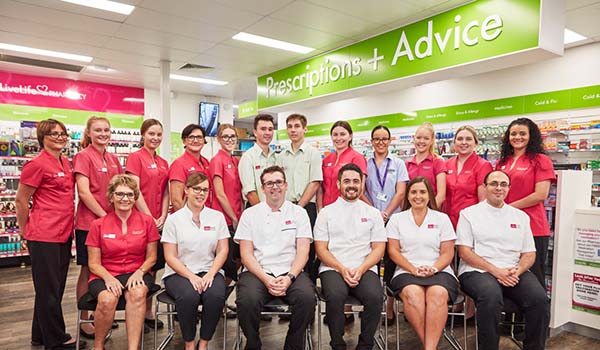 “This was a Category 4 cyclone – a very severe one - and the area was a complete mess,” Mr Maguire said.

“We recognised that we were going to be an important centre for the community and we went in and opened the day after Cyclone Debbie hit.

“We had no power, no water and the roof was leaking everywhere but we started operating and making sure the community had their medicines and that the hospital also was looked after.

“We couldn’t do dose administration aids so we had these and other medicines air-freighted in.

“We had no power or water for about a week but we opened every day.

“This made a huge difference to our standing in the community. We showed the community that we were one of them and demonstrated what we could offer.

“After the selfless act of all staff to reopen the day after Cyclone Debbie to service the hospital and help everyone with medication emergencies, the community welcomed us with open arms.

“We received fantastic support on our Facebook pages and advertising because of what we did.

“Bowen is very supportive of employment opportunities and growth in local businesses and we have been embraced.

Innovative Business’ at the Bowen Business Awards in 2018.”

In the past residents of the area often had to travel several hours to Brisbane to access some pharmacy services but that had all changed now.

“We have addressed all that and now offer exceptional service in a relaxing environment at the pharmacy,” he said.

“We wanted people to feel at home here and also be confident they were getting the best advice, service and help.

“We set up so that patients could come in and quickly be able to talk to the pharmacists individually about their issues or concerns and walk out having achieved optimal care for their health.

“We wanted our community to be able to access all the pharmacy services they needed on their own doorstep.”
Achieving their aim involved a lot of disruption.

“In order to achieve our patient objective we had to adapt to the ever-changing profession of pharmacy,” he said.

“And so in March 2018 we relocated to a more prominent position opposite Woolworths. We also tripled in size to 317 square metres.

“We introduced many changes and innovations including the installation of automation - a ROWA dispensing robot - to bring our pharmacists to the forefront and in turn promote forward dispensing.

“A pharmacy house was purchased to accommodate our pharmacists and interns during their intern year as well as a pharmacy car to improve our free delivery service.

“Through these changes, we effectively created a platform to be able to grow, maintain and provide new services to the community.”

Mr Maguire said the new pharmacy meant many changes were needed in its structure and workflow and this included average weekly staffing hours increasing from 325 hours to 410 hours.

“You can’t do this if the staff are not happy and satisfied,” he said.

“LiveLife Pharmacy wants to be an employer of choice and we are proud to have increased our staff satisfaction during this period by creating a happier and mental health friendly environment.”