The National Council of the Pharmacy Guild of Australia has declared Professor Trent Twomey as the organisation’s next National President. 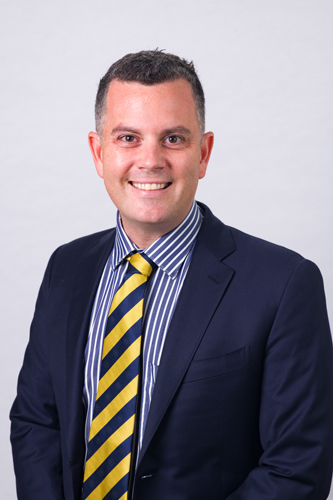 Professor Twomey said he was greatly honoured to have been elected to the position of National President of the Guild.

“This is truly an honour and I enthusiastically look forward to supporting our members and community pharmacy nationally. As pharmacists, we should be proud to provide the highest levels of primary healthcare for every Australian community,” he said.

“I will be working hard to ensure community pharmacists are allowed to work to their full scope of practice in the interests of patients and the future of our primary healthcare sector.

“This will enable community pharmacies to deliver more services to patients and help ease pressure on other areas of the primary healthcare sector.

“It is time that we are universally recognised as primary health professionals, and it is imperative that our Governments and colleagues in other areas of primary healthcare recognise us as we do them. Such recognition will also ensure the skills and expertise of community pharmacists are better and more fully utilised.”

“George held the position for seven years and successfully led the Guild and our members over this time during which we’ve seen many changes for our sector and profession,” he said.

“He has been at the helm for the negotiation and implementation of two Community Pharmacy Agreements, which have strengthened the foundations of the profession and helped to ensure the future of the community pharmacy sector.

“His commitment to community pharmacy and our patients follows a long line of distinguished National Presidents, and I am proud to be able to follow a pharmacy leader of such achievement and high standing.”

“Trent has been accorded a great honour by being elected National President, a position that comes with immense responsibilities,” Mr Tambassis said.

“But it also comes with great opportunities; opportunities which can be realised with the assistance of members and the broader industry who are there to help and advise.

“He will enjoy the privilege and honour of serving community pharmacists and our patients. With over ten years of experience on National Council, Professor Twomey is the right person for the job.”

Mr Tambassis said Professor Twomey had travelled extensively nationally and overseas to study and experience the many issues facing pharmacy and the healthcare sector more broadly.

“He is bringing that knowledge to the National Presidency at a time when the profession is preparing to take up their role in the delivery of the national COVID-19 vaccine roll-out, together with national initiatives, including continued dispensing, the roll-out of electronic prescriptions and the implementation of the Seventh Community Pharmacy Agreement. His long-standing passion for the profession and his experience will stand him in good stead,” Mr Tambassis said.

“That, combined with the great member and stakeholder relationships he has built over time, will be key to a long and successful leadership.

“And just as importantly, if not even more so, he has great family support behind him; a family that absolutely loves and respects him.”

Executive Director of the Guild Suzanne Greenwood congratulated Professor Twomey on his election, and said he brought a wide range of pharmacy and non-pharmacy experience to the role.

“I have worked closely with Trent over the past 18 months, particularly as we negotiated the Seventh Community Pharmacy Agreement, and am always impressed by his grasp of issues, and his commitment to patients and to ensuring the community pharmacy is at the heart of every community,” she said.

“The new presidency is always an exciting time for any organisation, and this will be a vibrant period for the Guild, our members and patients across the country.

“I look forward to working closely with Professor Twomey and the incoming National Council as we work together to seek positive outcomes for our sector and profession.”

Professor Twomey has been a member of the Guild since 2009 and has been an integral part of the negotiation and implementation of the Sixth and Seventh Community Pharmacy Agreements.

The five-year agreements between the Guild and the Commonwealth have been in place since 1990, with their key purpose being to provide for the timely and equitable supply of PBS medicines across Australia, while ensuring the viability of the community pharmacy sector.

The Agreements provide certainty for the Government and for pharmacy small businesses that are tasked with the effective supply of PBS medicines, on behalf of taxpayers, to the maximum benefit of patients.

Professor Twomey was a member of the Sixth and Seventh Community Pharmacy Agreement negotiating groups which broke new ground for the delivery of patient services and contained significant reforms which strengthened the viability of community pharmacies.

His work on these negotiating groups saw him chosen to Chair the Guild’s Pharmacy Viability Committee, which negotiated the Seventh Community Pharmacy Agreement, an agreement which was thrashed out in the midst of the COVID-19 pandemic.

The work to arrive at a seventh agreement was described by those involved as the hardest negotiation imaginable – a gruelling 12-month effort which eventually produced an Agreement for the times, with significant benefits for the pharmacy network and patients across the country.

As a proud Far North Queenslander, he has immersed himself in local organisations to promote the area and is a Director and Immediate Past Chairman of Advance Cairns, the peak independent non-government advocacy and economic development organisation for Tropical North Queensland.

Until recently, he was also a member of the Council of James Cook University as Governor in Council on behalf of the Queensland Government, and is currently an Adjunct Professor at the University’s College of Medicine and Dentistry.

In addition, he is a Fellow of the Australian Institute of Company Directors, a former Council member of the Queensland Futures Institute, a former trustee on the Committee for Economic Development Australia, a fellow of The Institute of Managers and Leaders Australia (IML ANZ), a past National President of the Australian College of Pharmacy, now Australasian College of Pharmacy, and a past National President of the National Australian Pharmacy Students’ Association (NAPSA).

He is currently the Secretary of the World Pharmacy Council and a board member of the Guild Group of companies.